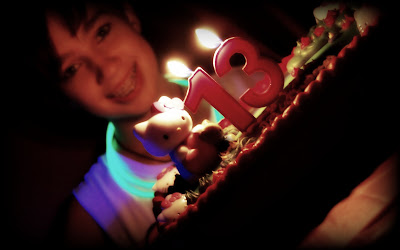 I can hardly believe it, but it happened!  My littlest is a TEENAGER!

Light in the Night 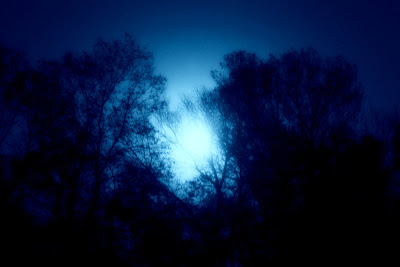 An amazing blue moon tonight makes me think about the power of reflection.  A moon has no light of its own, but it shines by reflecting the light of the sun and by doing so, it can reach the places that the sun can't directly touch. This could be much like being a light in a dark world, reflecting the spirituality that shines from a source far more powerful ... and in my case?  God.  :-)

So far, 2012 has been one for the books! The trials have been ones I would have rather not experienced ... EVER ... but at the same time, the triumphs are starting to build.  So much of that seemed showcased as my "little" Miss M (who is now officially a teenager) danced to "Shake It Out."

I can't watch her dance to those words without crying.  It's a pretty personal statement of her own struggle. She's had to wrestle a good bit of darkness.  And we're starting to see some real light at the end of the tunnel.  Tears come even now.